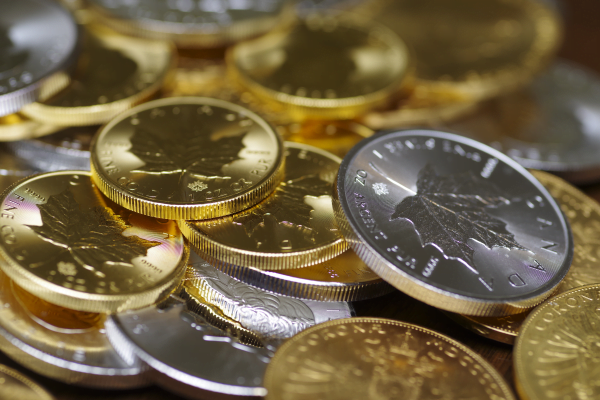 People are talking about inflation again

You’ve probably seen an image like this one posted on social media. Talk of inflation is more and more common of late. As I write this (June, 2021):

The reasons may vary, but it’s getting more expensive to live. Maybe it’s due to the pandemic, maybe it’s people not choosing to work when they get paid more on unemployment, maybe it’s increases in the money supply, maybe it’s all of these or something else entirely.

Regardless, people are noticing. And they’re starting to talk about it.

So where do precious metals fit in?

For better or worse, precious metals are seen as a way of preserving wealth against inflation. Is this true?

Silver from 94 AD until Now

I think this comment from another site is a good starting point:

The Romans minted a popular silver coin called the denarius, which contained roughly 0.12 troy ounces of silver. The Book of Revelation notes that one denarius could purchase a quart of wheat (1.7 pounds), or three quarts of barley (3.8 pounds). And historical evidence shows that a denarius would also buy three kilos (100 fluid ounces) of olive oil.

Let’s price two of those items by converting that denarius to dollars (using its melt value) and comparing it with the modern equivalent products:

So, silver appears to have maintained quite a bit of purchasing power since Revelation was written a bit over, 1,900 years ago.

Another quote from that same site (to save me from doing all the number crunching on my own) will allow for comparisons using gold:

In 1850, a pound of beef or bacon could be had for ten cents; this is when gold was $20.67 per troy ounce. Not surprisingly, this lines up with the historical narrative that one ounce of gold has always been able to buy approximately 225 pounds of beef or bacon.

More recently, an acre of farmland in Kansas could be had for $20 US dollars in 1900. Keep in mind that the $20 gold double eagle coins that were in circulation at the time contained 0.9675 troy ounces of the yellow metal.

Meanwhile, at the end of World War II, a loaf of bread in the US could be purchased for as little as a silver dime (0.07 troy ounces), and a gallon of gasoline cost a silver quarter (0.18 troy ounces).

How about Kansas Farmland? I found a report from last year that showed:

Farmland prices are shockingly close to what they were in Kansas 121 years ago if we just use these two data points. Or at least, they are when priced in gold.

My conclusion from this quick look at historic food and land costs: gold and silver do an adequate job of protecting purchasing power over time.

I need to state up front that I’ve been wrong about Bitcoin from the beginning. I was aware of Bitcoin when it was worth less than $1, and if I’d put $10,000 in BTC when it was worth one dollar my net worth would have exceeded half a billion dollars a month ago. Huge miss.

I could quote Aristotle on the appropriate characteristics of money, or Adam Smith on the difficulties of a cattle rancher exchanging his product (whole cows) for other products (the classic example of a pint of beer), because cows aren’t readily divisible (or they weren’t before freezers were invented.) Instead, I’ll link to Grant Williams examination of the periodic table from the perspective of “what would make good money?”

So, historically gold and silver have been the best form of money. In the last decade we’ve seen the blockchain (and bitcoin in particular) take off in value, and many of its adherents claim that it’s the perfect asset. They see bitcoin going to $1 million per coin, and they may very well be right — again, I’ve been wrong on Bitcoin since the beginning — but to me it’s another un-backed asset that has value because it’s popular.

When I became aware of it Bitcoin was pitched as a decentralized currency — something the people could use that couldn’t be inflated away by those in power. Then it turned out Bitcoin tops out at somewhere between 4 and 7 transactions per second, worldwide. Visa averages 1,700. Worse, in April it cost $58 per transaction (it’s down to $5.38 yesterday) which means even if it were fast enough it’s too expensive for purchasing a $5 cup of coffee.

Now we hear that Bitcoin is actually a store of value. But we’ve seen 80% corrections in Bitcoin valuations a few times now, and stores of value shouldn’t be that volatile.

Please save the “have fun staying poor, Boomer” comments. You may be proven right in the end, and I hope all your investments work out well — even those investments I choose not to make. When comparing ten year old tech with thousands of years of consistent acceptance and wealth preservation, I’m going to choose the latter. If I was trying to place a $20,000 bet that I thought might exponentially increase my wealth then crypto (Bitcoin probably would be part of a “balanced” crypto portfolio) would definitely be in the running.

But I’m thinking about something more like a stablecoin here.

A stablecoin is a digital asset that’s supposed to maintain its value. It’s something you can exchange your cryptocurrencies for when you want to move out of a market.

The primary stablecoin right now is USDT (Tether.) Each Tether is supposed to be backed by $1, but apparently each tether is only backed by 2.9¢. Some smart people are calling Tether a scam and suggesting Tether will cause cryptocurrency markets to collapse. I don’t know, but what I’m hearing looks sketchy, so if I were looking to park my crypto profits somewhere I’d look for an asset-based digital currency, and Kinesis is the leader here.